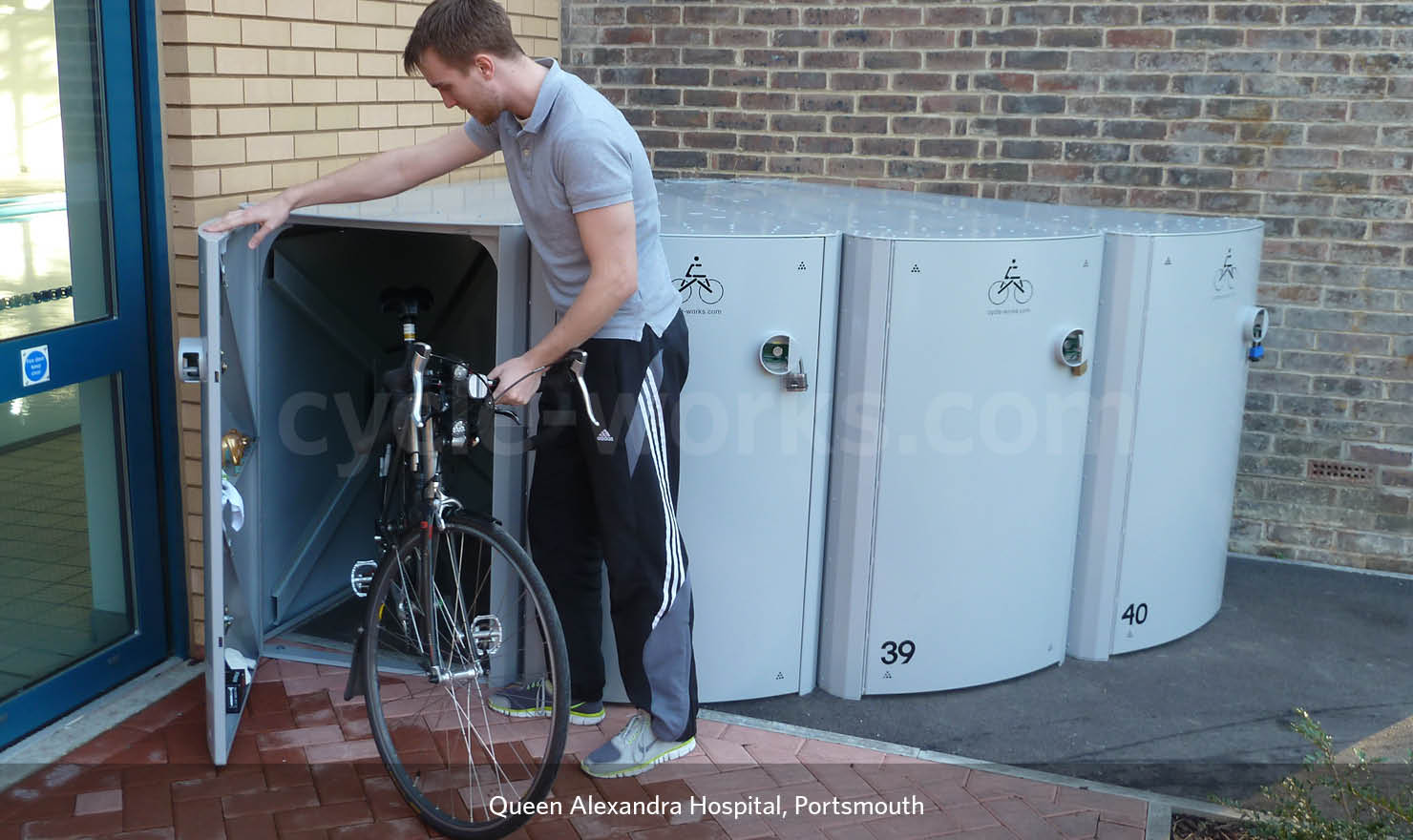 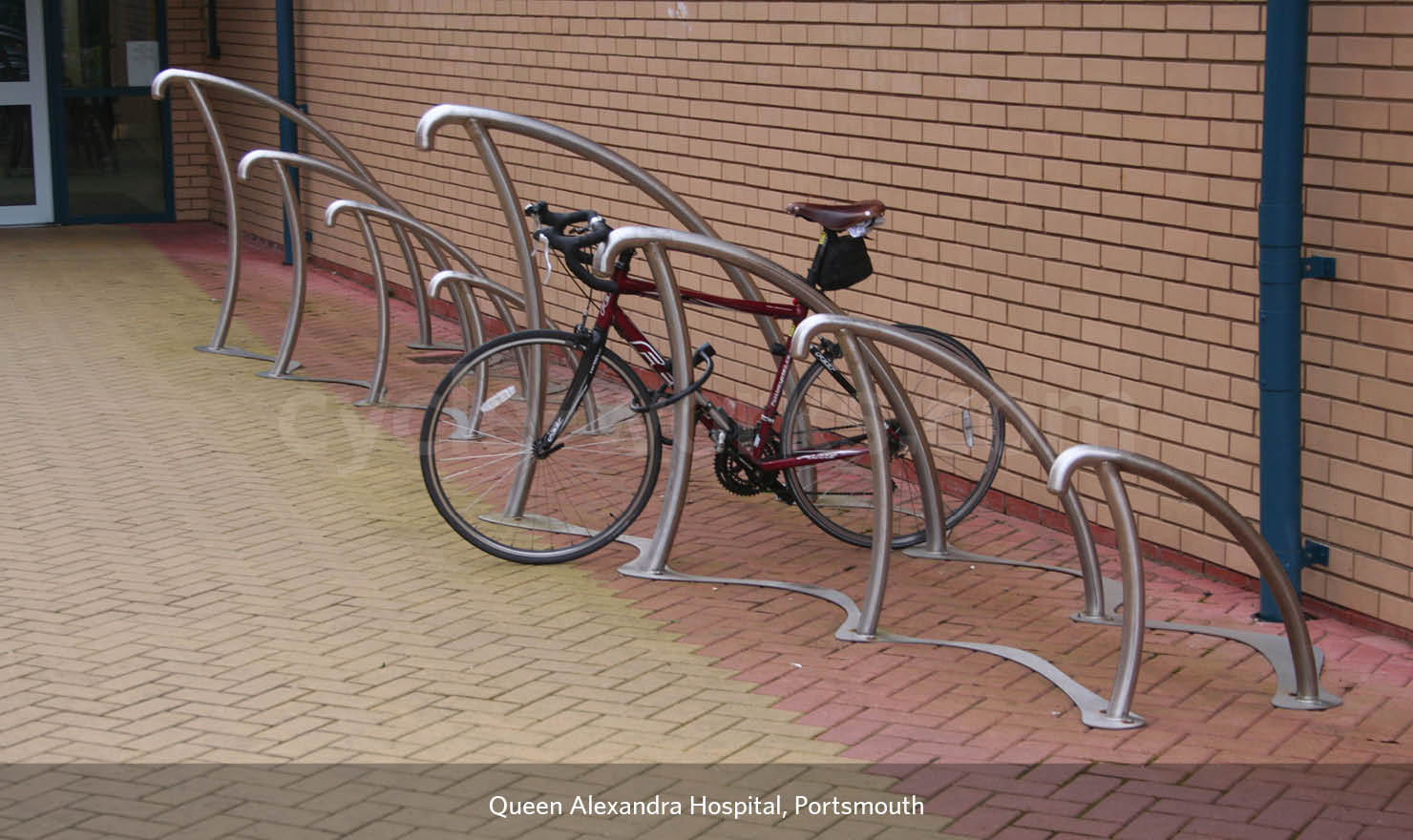 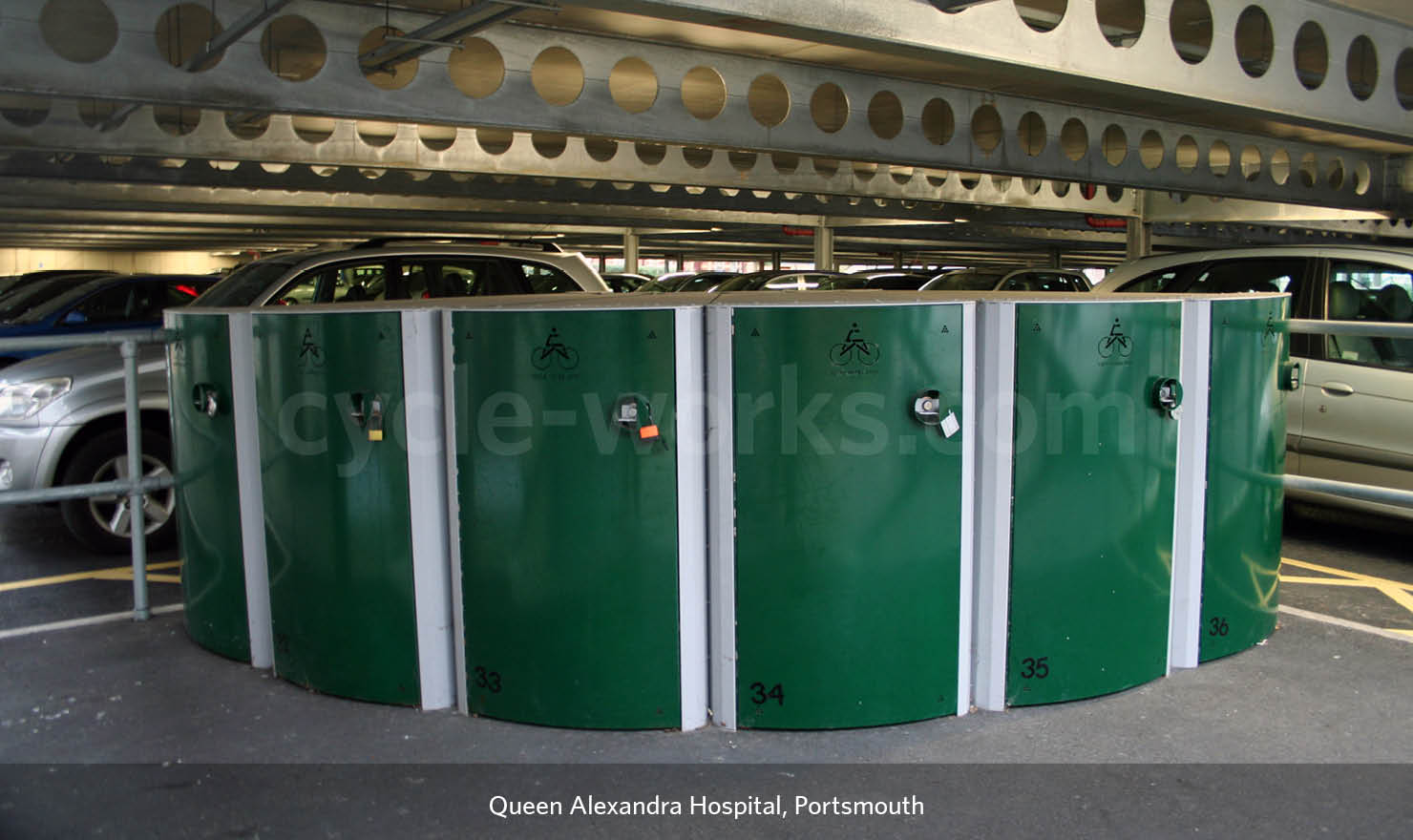 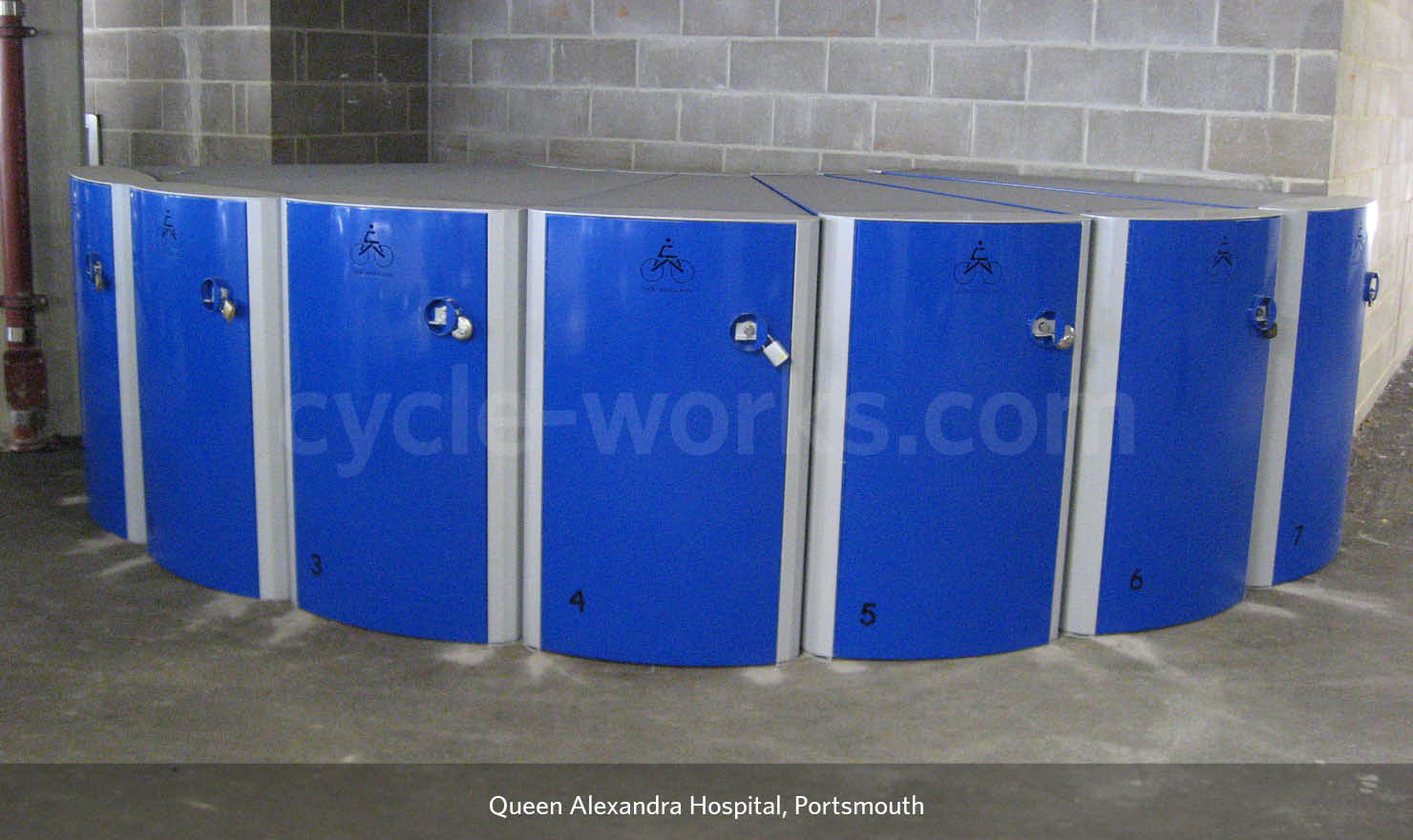 The QA (Queen Alexandra) Hospital is the main hospital for Portsmouth and the surrounding area, and it has recently been extensively rebuilt and extended. This has led to a large increase in car trips, congestion and car parking. At the same time more people want to cycle, but bike theft is a major problem in the area.

The QA already had cycle shelters and stands, which had been installed over the year. However, it became apparent that they required more secure solutions for both staff and visitors.

Further installations of cycle parking followed in 2011, with four sets of stainless steel ‘wave’ design toast racks, followed by a further 24 Velo-Safe lockers for staff in 2012.

In total, over 40 Velo-Safe lockers have now been installed for Portsmouth Hospitals, helping to promote cycling to the sites.

View all Hospitals / Healthcare sites View all sites on map