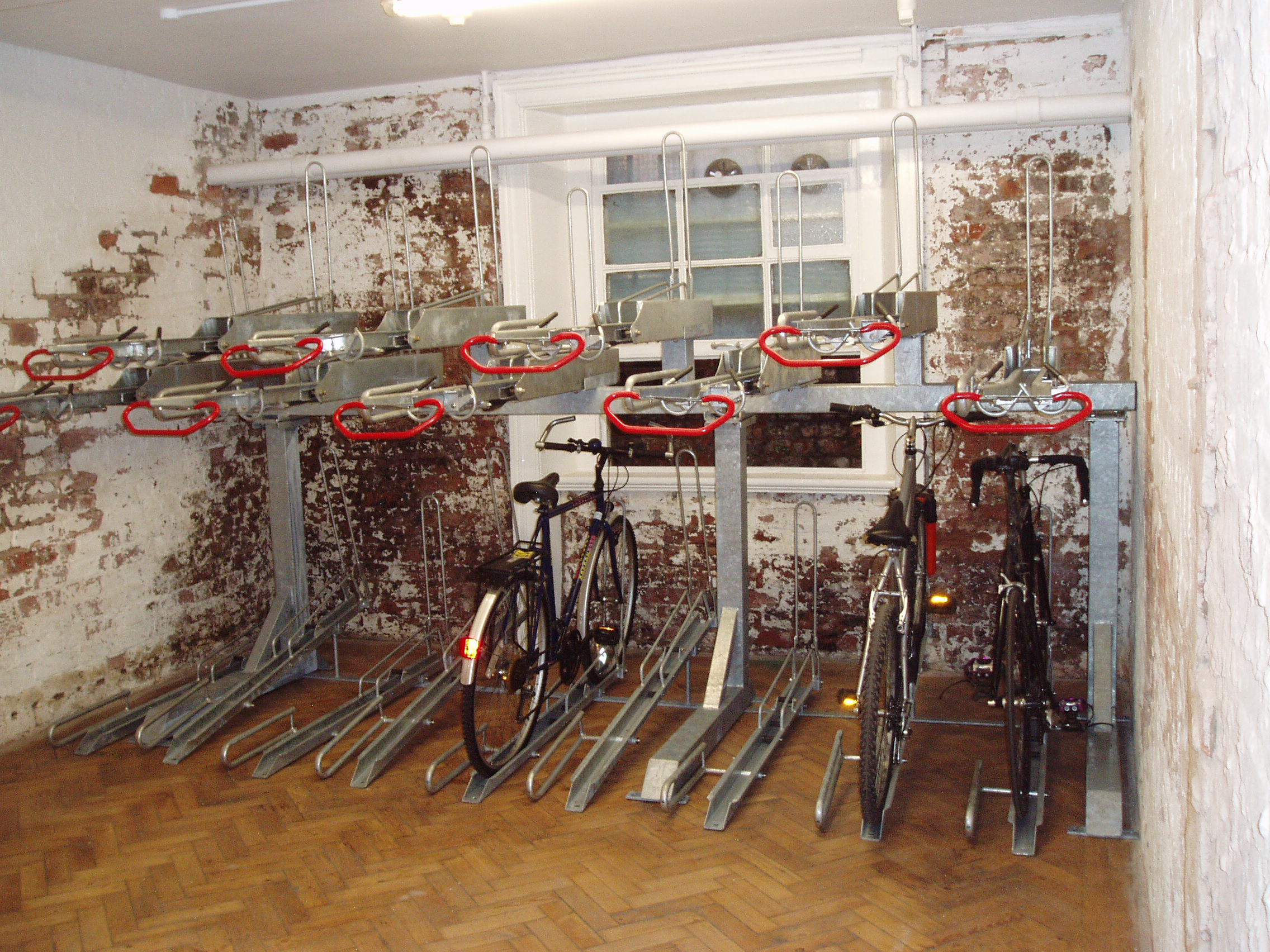 Located in Town Hall Square in the centre of the City of Leicester, the underground Bike Park has recently been officially re-opened after a £150,000 refurbishment project by Leicester City Council who took over the management from Groundwork Leicester.

Leicester City Council awarded Cycle-Works the contract to modernise and update the cycle parking area, ideally getting an increase in the number of spaces. Our Solution The Bike Park is situated in a number of rooms, of varying shapes and sizes, below the old Town Hall in the heart of the city.

Following an initial site visit and consultation on the plans, the best use of space was recommended. In total, 114 of the safe and easy to use Josta 2-tier racks were  installed across the four rooms along with 19 Josta wall hooks to add increased  capacity in areas with hight restrictions or other issues.

Cycle-Works team worked on one room at a time; allowing the other rooms to carry on being used to park customers bikes.

Leicester City Council Cycling Co-ordinator, Andy Salkeld says “The number of people cycling in Leicester has more than doubled in the last 5 years and there is a clear demand for facilities to support this. The Bike Park is ideally located and, with major refurbishment, is set to become an even greater asset to the city.”

View all Bike Stations sites View all sites on map